Skip to Content
Home Pets Montipora Coral: All You Need To Know About its Care

Montipora Capricornis, Plating Montipora, Monti Cap, commonly known as montipora corals, is an SPS coral staple of the reef, keeping enthusiasts. Montipora coral is famous for its tendency to form flat plate-shaped formations, which is the reason for its terminology. It is one of the most iconic calcifying ones. While it does not specialize in generating the rainbow colors of some Acropora or zoanthids, its luminescence is sure to be impressive. The Montipora Digitata there are other types of montipora. In this article, we will cover montipora Capricornis care. Being not as tricky as some SPS, it is not the most accessible coral to get full coloration and health.

Like other SPS corals, Montipora Capricornis care requires light levels in the range of medium to high levels. It may not require much lighting compared to most Acropora; it still needs more than every LPS or soft coral. The lighting is relative; less light will penetrate the lower the placement of the coral. It does not matter how close you place the coral to the surface if you do not have strong enough lights. 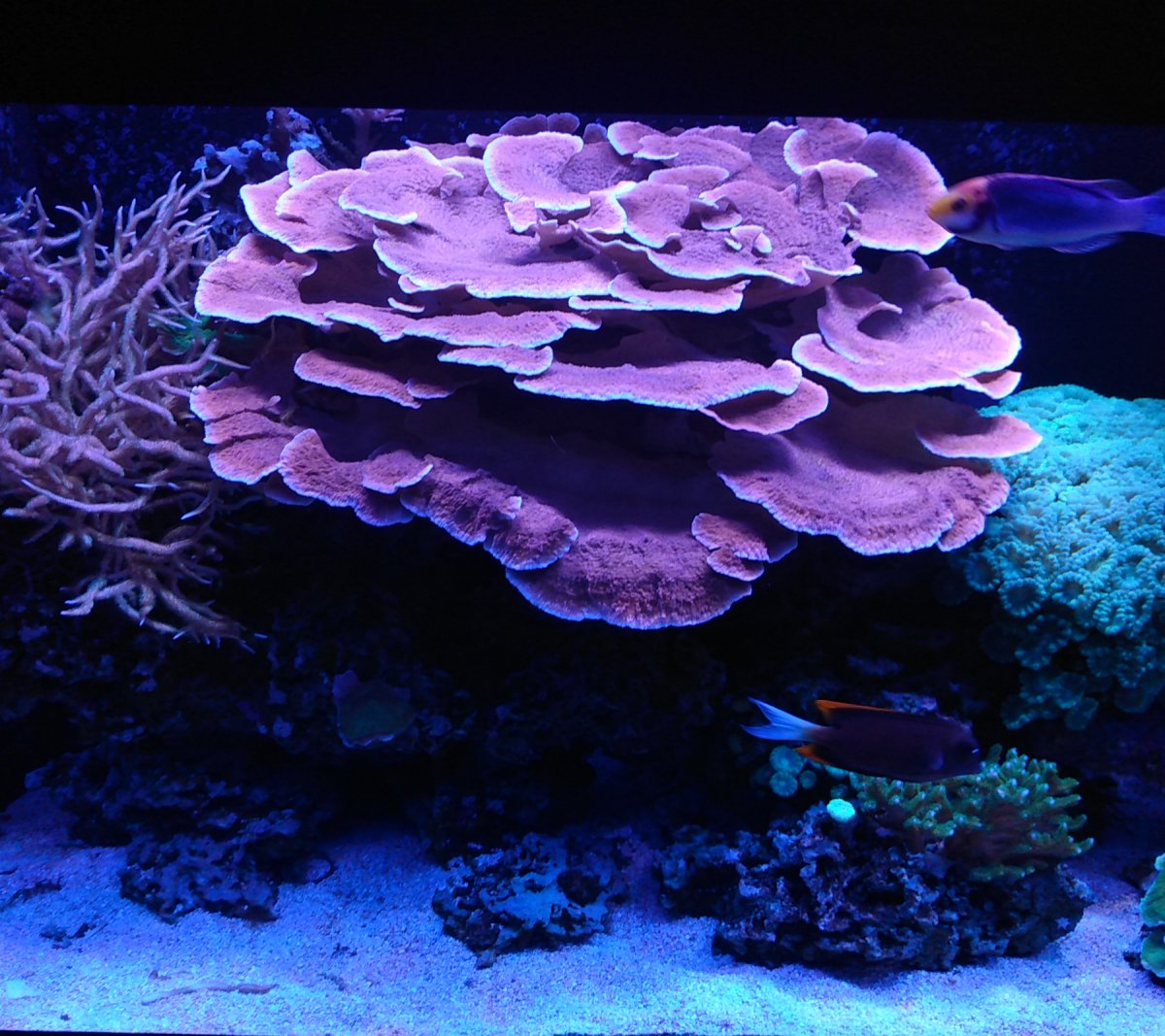 High flow is required to take proper care of plating montipora. It is well known to collect debris if the flow is insufficient, which results in rotting and causing damage to the flesh of the montipora. Higher flow brings more nutrients to this coral it’s consumption. It will be appropriate to say that the montipora needs a good water flow.

Being easy to propagate, you need to break off a part from it, and you are done. Try making a clean cut and apply iodine dip to prevent infections in case of rough edges. You will have to give room to other of your livestock due to the fast-growing nature of montipora, which will be the prime reason you will have to frag it most of the time.

as mentioned above, the coral needs good water flow and has a tremendous growth rate; it is clear that it needs to be placed with some room close to the surface in moderate conditions. If the water flow is strong, it can be placed in the middle or down accordingly.

Many factors need to be considered while caring for a montipora coral. Factors like lighting and water flow are non-negotiable and compulsory. Water chemistry varies from different compounds in ranges—Al compounding to the various elements in montipora care.